Business In Chaos: Learn the 5 Action Steps on How To Handle A Crisis 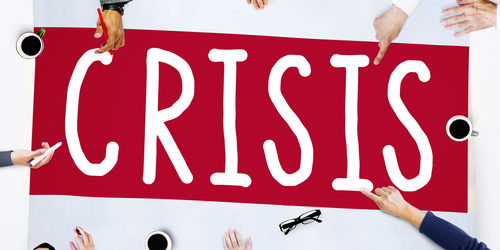 Much has been made lately about the Houston Astros and their public relations problems.

We have written articles about it and appeared on the radio to talk about it.

The Astros apparent sign stealing and cheating, and poor response to the situation by both team ownership and Major League Baseball, have left them with a giant PR crisis on their hands.

Handling a large communications issue by a baseball team is one thing, but what would you do if something happened to your business?

An event can occur with any sized business, at any time. The goal, of course, is to be prepared, respond in a timely and adequate manner, and alleviate or curtail any negative repercussions with the media. In other words, make the story go away as soon as possible.

Here then are some action steps to take should you find yourself in the eye of a communications hurricane.

#1. Analyze the situation and determine what exactly took place.

Your response should be determined not by rumor but by what event(s) actually occurred and the severity of each.

Did someone apparently die as a result of consuming your product?

Did people apparently contact some type of illness using your product or did employees become ill manufacturing it?

Did consumers pay in advance for your products that they never received?

Did an executive steal or misuse company funds for personal gain?

All of these scenarios require a distinct and separate action.

A company should have some type of crisis communications plan in place anticipating a negative event.

Still, there is no way to prepare for each scenario.

The CEO and his/her public relations team or consultant should quickly develop a strategy that can adequately address the current situation both in the short term and long term.

To deal with any social media feedback or an inquisitive reporter, they should not hide from the media, but be prepared with a short initial rapid response. Then they can develop a lengthier more comprehensive report, if necessary, once all facts are known.

A company may be responsible for harming one or more customers not just physically but financially.

The CEO or company executive should attempt to contact each individual if known and within reason, who claims they were negatively impacted by the event.

Every attempt should be made to rectify the situation whether it includes re-sending a product, returning funds, or paying for personal items or services beyond what is expected.

Once all facts are known, and as many parties contacted as possible, a written communications response should be developed.

It should include an apology to anyone harmed as a result of the event.

It should focus on the company’s attempt to contact all injured parties and rectify whatever negative occurrence took place.

It should detail a plan of action to restore confidence among customers and stakeholders and to prevent any similar type of event from occurring in the future.

The goal is to develop a strategy needed to help take a business to the next level and keep the CEO or company spokesperson “on point” for any internal meeting with employees, responding to customers, and any media interview-should one occur.

In the current environment of a fast-changing daily news cycle, your crisis may or may not be covered by the media. It will depend on the severity of the incident and the customers or employees harmed as a result.

However, it is best to be prepared.

Should a TV station or newspaper reporter attempt to contact your business, in many cases sending a well thought out written statement suffice.

The statement can answer any questions they may have and detail your course of action. It also communicates the company perspective precisely and eliminates the possibility of a misstatement or potentially embarrassing moment during an on-camera interview.

The goal is to control the message by providing them with information from your perspective. A top multimedia PR firm can help you enough to minimize the crisis and help a reporter complete their story if they so choose.

5 Publicity Tips For Startups To Grow Your Business Now
March 8, 2020

Business As Theatre: Connecting With Your Audience
February 11, 2020