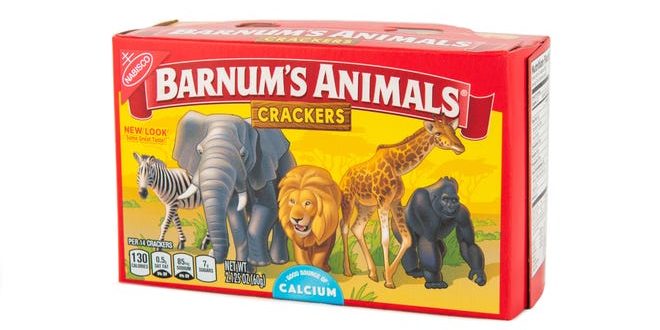 Nabisco opened the cages and the media began to play.

Several PR lessons can be learned from Nabisco’s strategy.

Some background…The cookie company adjusted its graphics to eliminate the current look of the caged animals on wheels. Now they will utilize new packaging with the animals apparently in the wild and no bars to speak of.

Nabisco’s parent company, Mondelez International, said they were succumbing to pressure from PETA (People for the Ethical Treatment of Animals).

According to news reports, PETA had been calling for the firm to change the packaging since 2016.

In a report posted by CBS, https://www.cbsnews.com/news/barnum-animal-crackers-box-nabisco-mondelez-international-boxes-get-new-look-animals-freed/, PETA said in a letter to Mondelez, “Given the egregious cruelty inherent in circuses that use animals and the public’s swelling opposition to the exploitation of animals used for entertainment, we urge Nabisco to update its packaging in order to show animals who are free to roam in their natural habitats.”

At the same time PETA was pressuring the cookie’s namesake, Ringling Brothers, Barnum and Bailey to free its animals. The circus stopped using elephants as part of its show in 2016 and due to slowing ticket sales, folded entirely in 2017.

Circus or no, the new cracker boxes have been redesigned to take away the implication that the animals are traveling in box cars for use in a show.

Whether or not a youngster, or even his or her parents, would actually connect the dots between caged animals, a traveling circus, and animal cruelty by simply glancing at the package and consuming its contents is irrelevant in the scenario. Indeed it is a public relations play that actually has two winners.

First, PETA can take a victory lap. The organization and its 6.5 million members can rejoice they have impacted the operations of another major international conglomerate and changed the look of an iconic brand.

The big winner though is Nabisco and Mondelez. The company wins on many fronts.

One, it used its marketing bullets to garner lots of national and international media attention.

Two, it waited for prime selling season as in the back-to-school, pack my lunchbox time period to make their announcement. If nothing else the news coverage should give the brand a boost this summer and fall.

Three, it builds the perception that the company is “up to date”, in tune with millennials and others who oppose anything closely related to animal cruelty.

Smaller firms without an iconic 100+ year-old brand to fall back on can still utilize many of the Nabisco PR techniques.

You can…
•Release any major news in a time of year most likely to get maximum media coverage.

•Formulate their news in a manner that will have high impact with their consumers or their clients and prospects.

•Redesign or retool product packaging, offerings, and website to show it is in tune with today’s marketplace.

•Create events with top-of-the-mind social causes to demonstrate its modern relevancy to the purchasers of it products.

What Does a Public Relations Specialists Do?
October 3, 2022

Understanding the Importance of a Public Relations Firm
September 5, 2022

How Can Public Relations Influence Your Business?
July 12, 2022